A Visit to the Amazing Roman Theater in Orange

As I have told you before, we generally explore a village or town, see some historical monument, check out an artisan producer of some unusual product, or taste at a winery almost every day we are in Sablet. We don't let grass grow under our feet.

One Friday earlier this year, the day before we were leaving for California, I wanted to do one more outing, but practical Shirley thought we should clean the house and get things set so we wouldn't have to do it at the last minute. We compromised by deciding that we could do an outing as long as it was close by.

Friend Kari was with us and she had not been to the Roman theater in Orange, so we decided to go there. Orange is about 25 minutes from Sablet and best known to Shirley and I as the exit off the A7 and A9 to get home to Sablet. Orange is also where our insurance agency is located and the Tresor Public where we pay taxes for our house.

Orange is best known for its Roman ruins, especially the Roman Theater and Triumphal Arch of Orange. Orange was a thriving city in ancient times - situated on the Via Agrippa - which linked the cities of Lyon and Arles. We arrived in Orange and found parking near the War Memorial, a few steps from the Roman Theater.

The Théâtre Antique d'Orange - literally translated as the Ancient Theater of Orange is an old Roman Theater built in the 1st century between A.D. 10 and 25 under the reign of Augustus in the heart of the town of Orange. It is now owned by the town and is the home of the summer opera festival, the Chorégies d'Orange.


The Roman Theater of Orange is an exceptionally well preserved remnant of the Roman Empire in France. It is a UNESCO World Heritage site.


The Roman theater of Orange owes its fame in particular to its magnificent stage wall, amazingly well-preserved and unique in the Western world. It is the only Roman theater to have preserved its stage wall almost entirely in tact. A new roof which can be seen below was built to protect the stage wall.


A panoramic view out over the town of Orange from the top tier of the Roman theater.


The terrace seating was constructed in a half circle around the stage and could accommodate 8000 to 10000 spectators. Mime, pantomime, poetry readings and the "attelana" (a kind of farce) was the dominant form of entertainment, much of which lasted all day. The entertainment offered was open to all and free of charge. 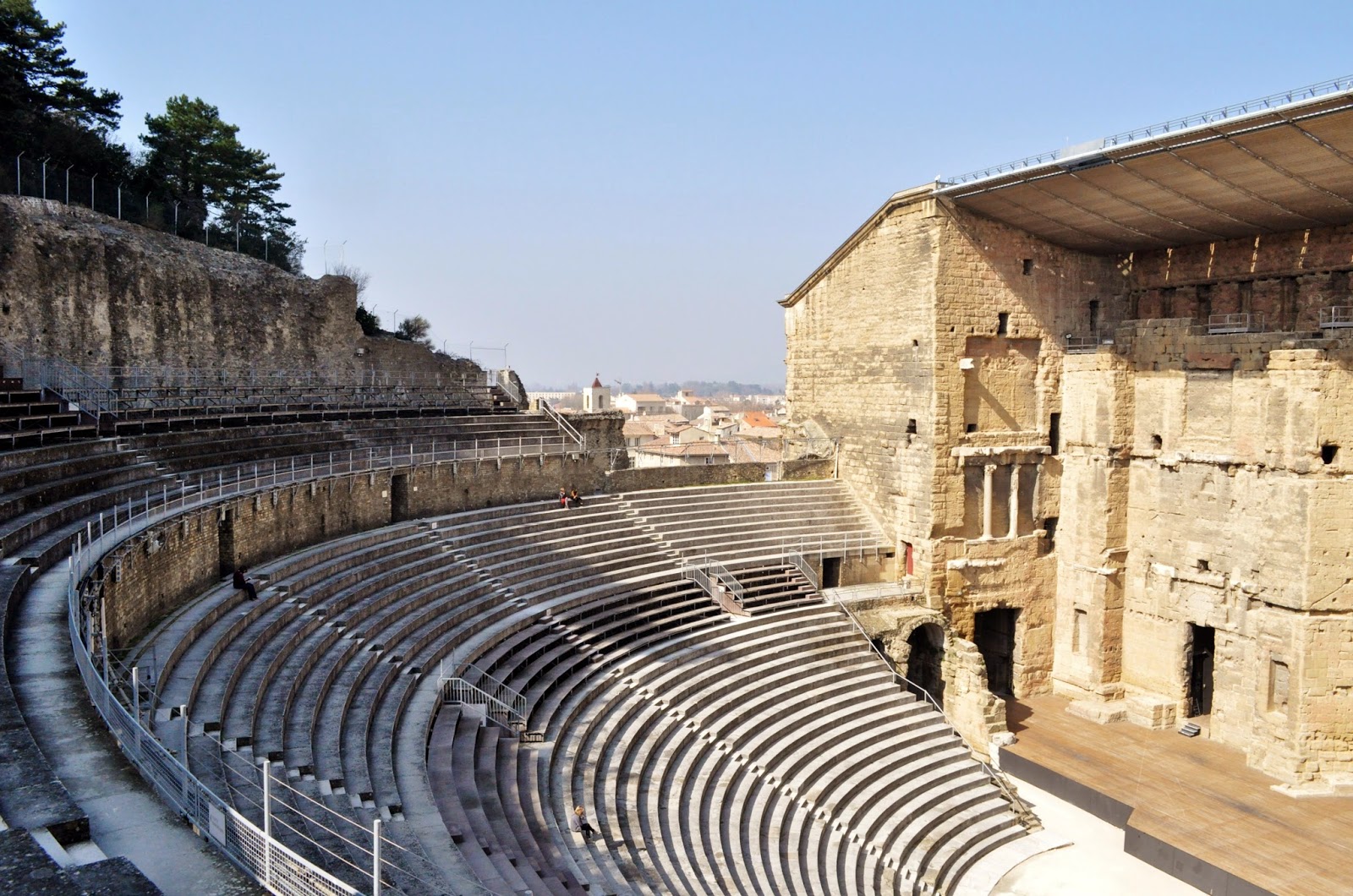 The Romans built the terraces for the theater seating against the north side of the existing Saint-Eutrope hill to make the construction easier and the completed theater more stable.


The theater's stage wall was very important as it helped to properly project sound and comprised the only architectural décor in the theater. The theater's original height of 36 m/118 feet has been entirely preserved. The wall was richly decorated with slabs of multicolored marble, statues in niches, and columns.

The stage wall had three doors, each of which had a unique function. The royal door in the center was used by the principal actors for their entrances. The two smaller side doors were for the supporting actors. The second and third levels, comprising columns, are purely decorative.


The only remaining authentic statue is the 4 m/13 feet high statue of Augustus in the central niche, used to symbolize the universal presence of the emperor.


As the Roman empire declined during the 4th century, the theater was officially closed and remained abandoned until it became a defensive post in the Middle Ages and then a refuge by townspeople during the 16th century wars of religion. 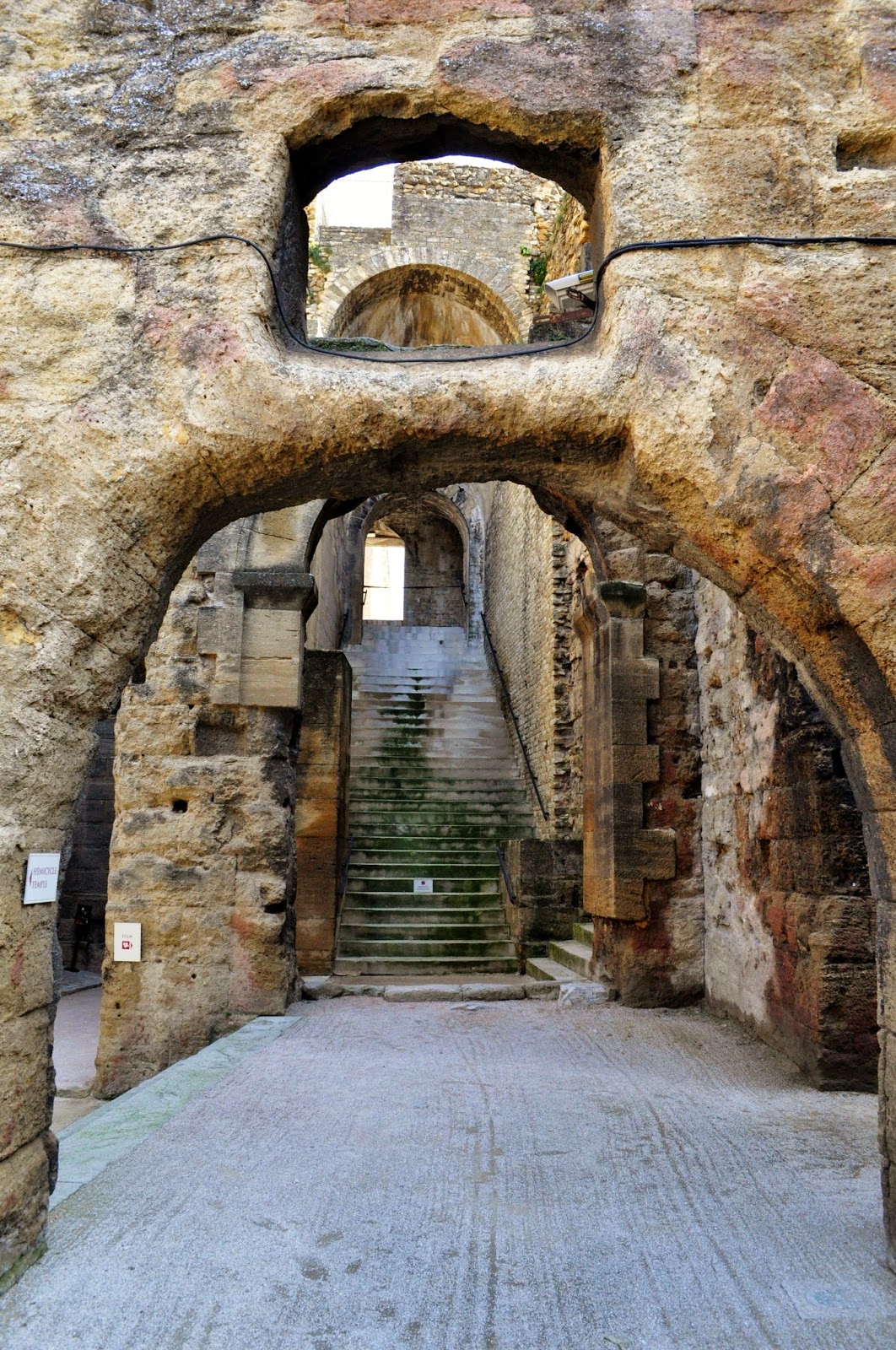 Nearby, is Saint Florent Church built by the Franciscans in Orange at the beginning of the 14th century. It is simple and austere, according to the style of the Franciscan Order, with one nave, and contains the relics of Saint Florent, a Bishop of Orange in the sixth century.


The exterior façade of the Roman theater is a stone edifice 103 meters or 338 feet long and 36 meters or 118 feet high. Louis XIV is said to have described the façade as “The finest wall in my kingdom”. 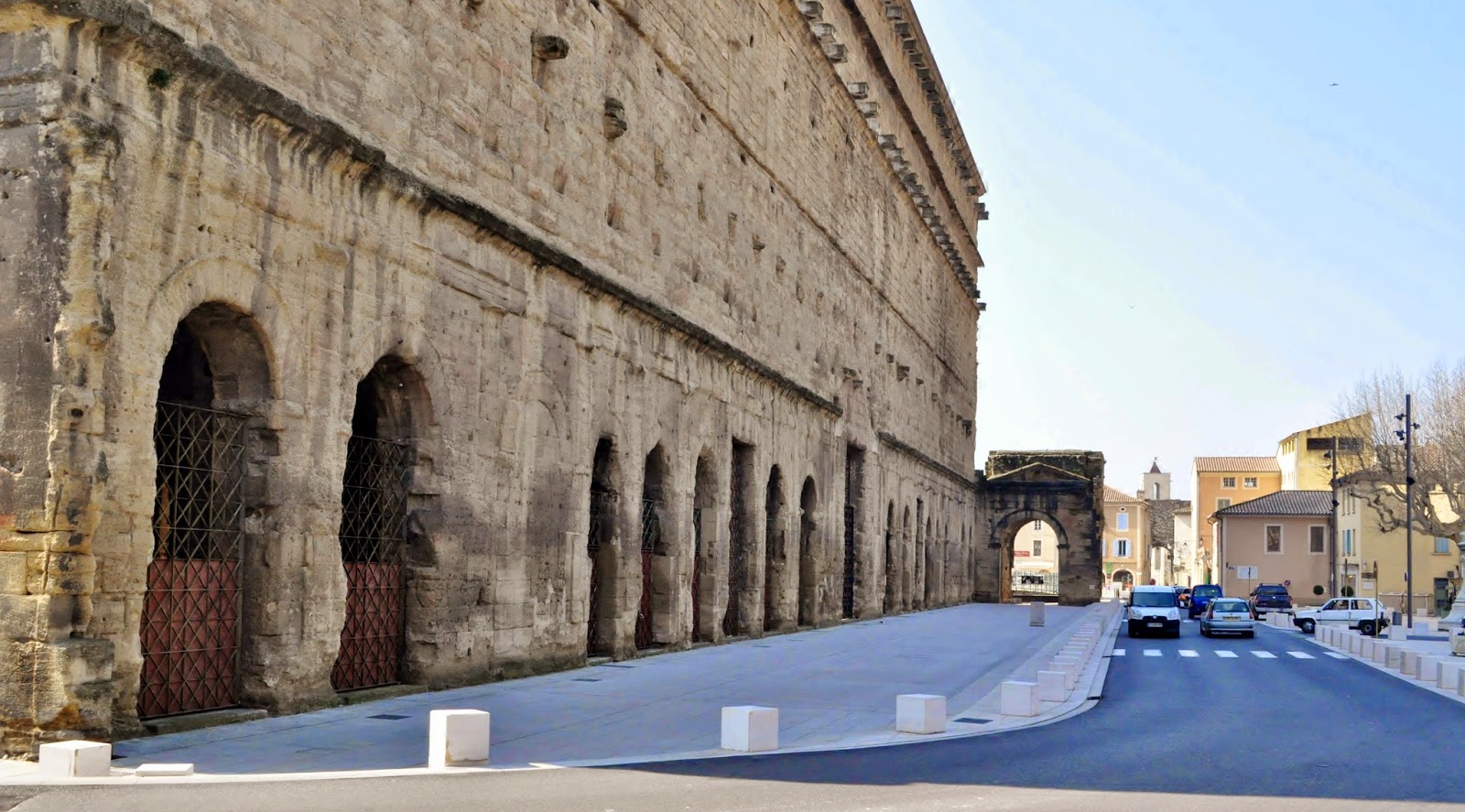 Before you leave Orange, make sure you go see the Triumphal Arch, also on the list of UNESCO World Heritage sites. It is in fact a commemorative arch erected as a tribute to the veterans of the 2nd Gallic legion who founded the town.