One of the images most associated with Provence are pictures of bright lavender fields in bloom. Lavender is native to the Southern Alps and grows best at higher elevations and thrives in the chalky soils and hot dry climate of Provence.

Since true lavender grows best over 3000 feet elevation, a hybrid, Lavandin, more productive but less fragrant than true Lavender, was developed and is now cultivated on the lower slopes and in the valleys.

It is only a single field, but our favorite place to see lavender is at the Senanque Abbey, a Cistercian abbey near the village of Gordes, founded in the 12th century.

Stretching out from the abbey buildings is a valley of lavender fields which are in full flower and fragrance during the summer and harvested late June – July. 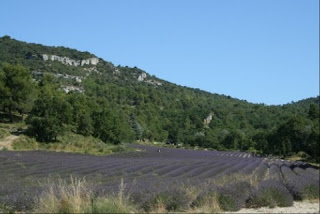 Most of the picking of lavender is done by machinery but the inaccessible or closely-planted older fields are still picked by hand. The lavender grown in the fields around the Sénanque Abbey are harvested by hand. 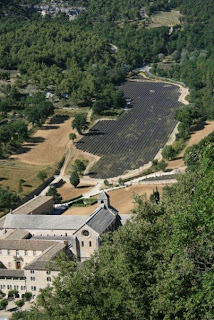 After drying for two or three days, the picked lavender is sent to a distillery equipped with a classic still. 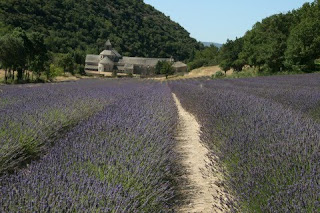 One hundred kilos of lavender blossoms are need to produce one liter of essence. The same amount of lavandin blossoms will yield 10 liters of essence. 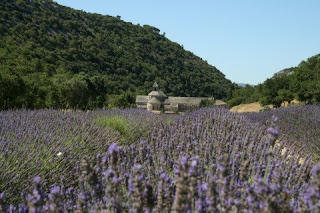 Lavender essence is reserved for the perfume and cosmetic industries whereas the hybrid Lavandin essence is used for perfumed laundry soap and cleaning products. 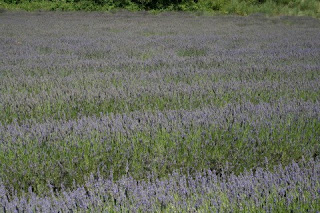 Every Provencal market has multiple vendors selling dried lavender and products made from lavender including soap and honey. If you like honey, you have to try lavender honey; its delicious. 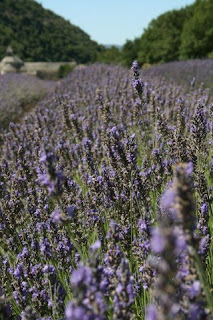 Three Cistercian abbeys called the Three Sisters of Provence were founded in the 12th century; Sénanque was the first of the Three Provencal Sisters.

The Sénanque Abbey is located about 45 km from our home in Sablet. It is nestled in a small canyon of the Senancole, which opens onto the Vaucluse plateau, the buildings of the Sénanque Abbey stand in an isolated spot.

There is a lovely view of the Abbey coming from Gordes on the D 177. 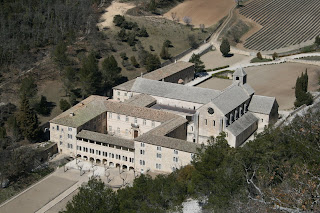 On arrival into the Abbey parking lot, you will see the Abbey's east end, set in a sea of lavender, in the summer months and bathed in sunlight. 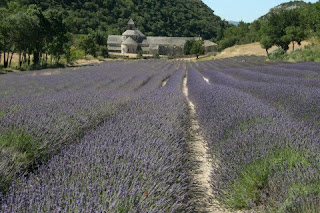 The church is aligned to the north, instead of to east, because of the narrow width of the valley in which it sits. The Sénanque Abbey does not have a main entrance door because the church was built only for the monks and lay brothers, not the public. 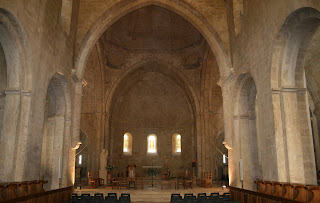 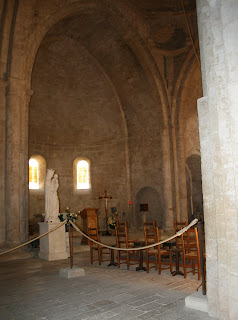 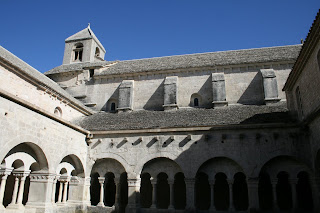 At the time of our last visit, there are 6 monks who live and work at the Abbey.

We think the Abbey is best seen in conjunction with a visit to Gordes or Roussillon.