After our picnic at the top of Bonnieux, the ladies and I headed down the hill toward the village of Gordes. On the way, we were going to Château la Canorgue, the site for the run-down château and vineyard in the movie "A Good Year." In case you haven't seen the movie, Russell Crowe plays Max, a successful London banker who inherits the château after the death of Uncle Henry played by Albert Finney. 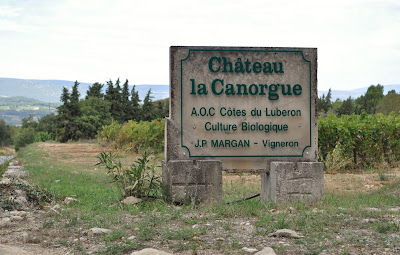 The movie is based on the book "A Good Year" by Peter Mayle and set in the Luberon. The movie was mostly shot on location during 9 weeks in the fall of 2005. Shirley and I love the movie especially the outstanding cinematography and know the movie's locations in Gordes, Lacoste, the Marseille airport and rental car area and vineyards between Oppede and Menerbes where Max gets lost in his little yellow car. 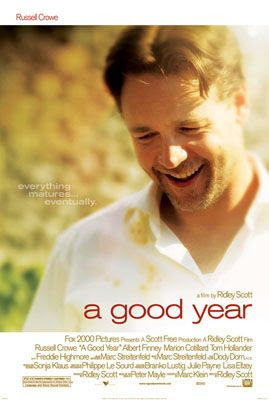 Château la Canorgue, the château and vineyard that Max inherits is the main location for the movie. The winery is really owned by Jean-Pierre Margan, the winemaker, his wife, Martine, and their daughter, Nathalie and is located about 1 mile outside of the village of Bonnieux. The view below from Château la Canorgue to Bonnieux and the Petit Luberon is shown several times in the movie. 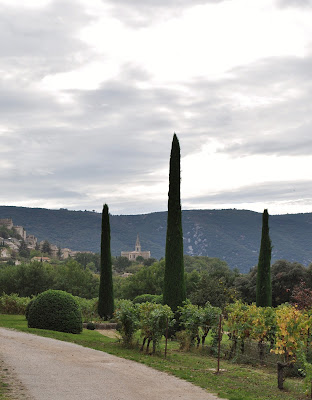 The movie which was directed by Ridley Scott who himself owns a house in Provence and is a friend of Peter Mayle includes scenes inside the château and outside in the vineyards and garden. Several scenes in the movie were filmed in front of the house, including a final scene with Max and Fanny who is played by the beautiful Marion Cottiard, on the terrace. 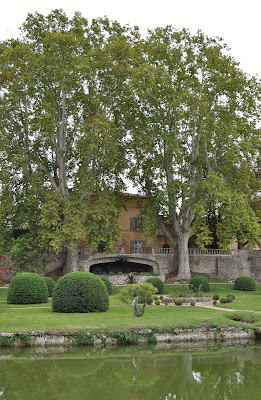 You can imagine how this beautiful old house set among huge shade trees with its manicured garden and well tended vineyards could seduce a busy London banker like Max Skinner with dreams of a happier life with with sweet Fanny. 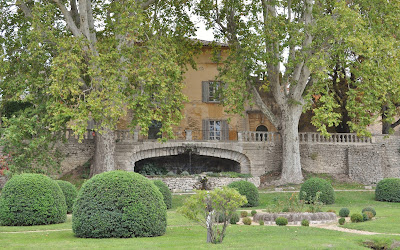 A close up of the terrace in front of the house with the adjoining chapel to the right. If you look closely, you can see a little table and chairs where you can imagine Max and Fanny sitting while they sip on a glass of wine from the domaine and look out over the vineyards. 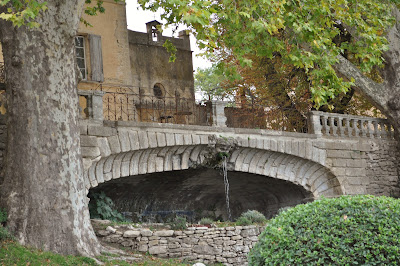 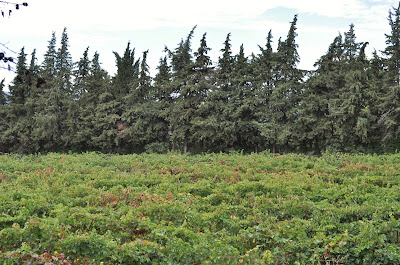 The Coin Perdue is the "illegal" red wine made by Max's uncle Henry and Francis Duflot from grapes grown on the estate. The wine was illegal because it was made from grapes that were not permitted in the Luberon AOC. The wine was well known and sought by collectors but its origins were a secret according to the movie. Unfortunately, the winery was sold out of the Coin Perdue and their rosé wine when we were there last month so we will have to return so we can try them. 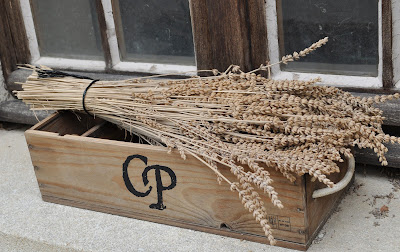 We watch the movie often and enjoy seeing the scenery and locations that we know so well. It makes us yearn to be back in Provence. If you have not seen the movie, download it and watch it now. Let me know what you think.