We were headed to Châteauneuf-du-Pape, a French wine Appellation located around the village of the same name in the Rhône wine region in Provence. It is one of the most renowned Appellations of France. Vineyards are located around Châteauneuf-du-Pape and in the neighboring villages of Bédarrides, Courthézon and Sorgues between the towns of Avignon and Orange and cover slightly more than 3,200 hectares or 7,900 acres.

Châteauneuf-du-Pape roughly translates to "The Pope's new castle" and the history of the Appellation is firmly intertwined with papal history. In 1308, Pope Clement V, former Archbishop of Bordeaux, moved the papacy from Rome to the town of Avignon. At that time, wine produced from grapes grown around the area was not anything to write home about.

Clement V was succeeded by John XXII who regularly drank wines from the vineyards to the north of Avignon and did much to improve viticulture practices there. Under John XXII, the wines of this area came to be known as "Vin du Pape" which translates to wine of the Pope, this term later became Châteauneuf-du-Pape. John XXII is also responsible for erecting the famous castle which stands over the village of Châteauneuf-du-Pape and is a symbol for the Appellation. 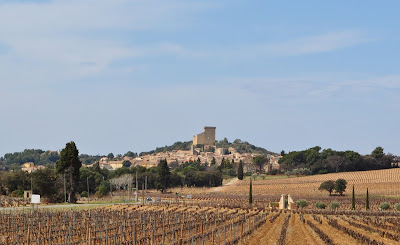 At its highest point, the Châteauneuf-du-Pape Appelation reaches 120 meters elevation. There are at least three distinct types of soil or terroirs. In the north and north-east the famous galets roulés, round rocks or pebbles cover the clay soil. The rocks are famous for retaining the heat from the plentiful sun, some 2800 hours a year, releasing it at night, ripening the grapes faster than in the eastern part of the Appellation, where the soil is mostly sand, as well as to the south where the soil is more gritty. 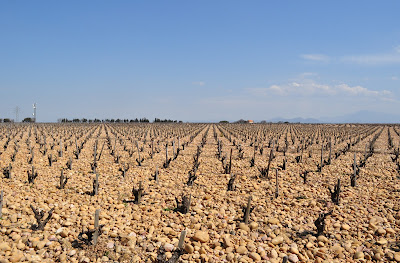 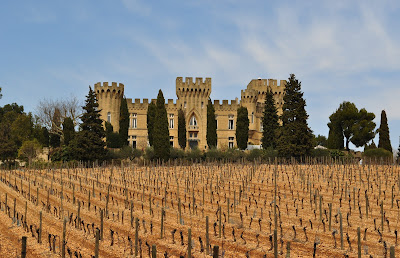 We were headed to Le Clos du Caillou to visit and taste wines at this winery which makes one of my favorite French wines at Bistro Des Copains, the French country bistro I co-own with friend Cluney in Occidental, California. We have served their Côtes du Rhône, a tasty blend of largely Grenache, by the glass for the last several years; it pairs well with many of our classic bistro dishes. 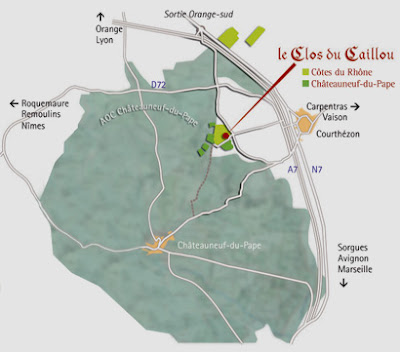 Le Clos du Caillou winery is located in the commune of Courthézon. As you can see on the map above, the winery is adjacent to the boundary for the Châteauneuf-du-Pape Appellation. 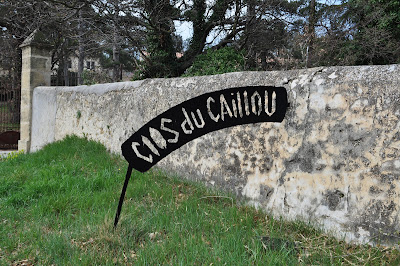 Le Clos du Caillou has 44 hectares or 109 acres classified as Côtes du Rhône and 9 hectares or 22 acres in the Châteauneuf-du-Pape Appellation. 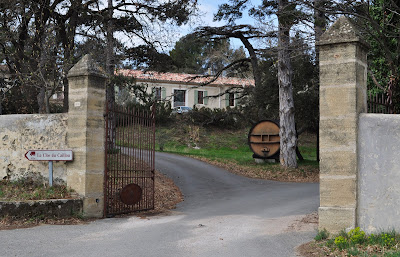 The winery is owned by Sylvie Vacheron. Formerly hunting grounds surrounded by walls, Sylvie's father Claude Pouizin purchased the property in 1956 and cleared woodlands and planted vines on the best located parcels. The vineyards have been expanded since through additional planting and purchase of land.

In 1995, Sylvie and her husband Jean-Denis Vacheron, a member of a family of wine growers in Sancerre in the Loire Valley took over the winery from her father. Tragically, Jean-Denis' was killed in an accident in 2002 and since that time, Sylvie has been sole proprietor of Le Clos du Caillou. 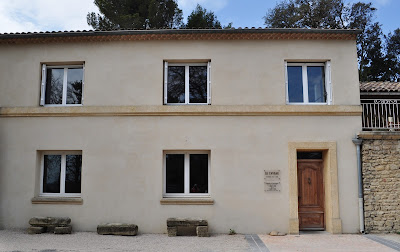 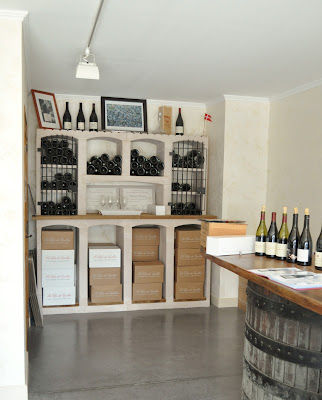 Shirley and I tasted through all of the domaine's wines that day and left with a case of the 2009 Les Safres, Châteauneuf-du-Pape, Rouge for our cellar in Sablet. Although the wine was delicious, we have left the bottles to age for a few years before we open a bottle.

I should mention that a case of wine in France is 6 bottles rather than the 12 bottles we get from California wineries or those shipped from France to the US. 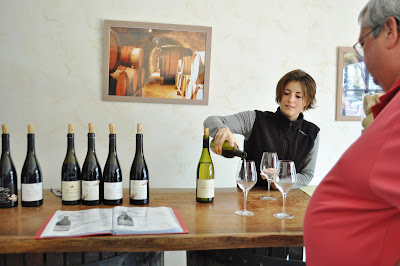 After we finished our tasting, the young lady who poured our wines offered to take us on a tour of the cellars. Le Clos du Caillou has 4 underground cellars excavated out of soft sandstone. 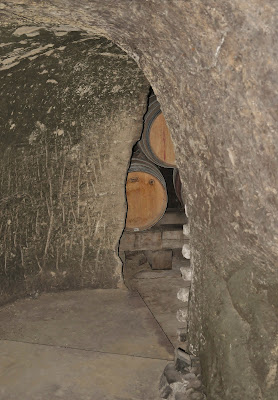 Sylvie is assisted by wine-maker Bruno Gaspard. The red wines are aged in large casks and oak barrels for a year or more in the domaine's cellars which naturally retain a temperature of between 13 and 15 Celsius or 55 to 59 Fahrenheit. 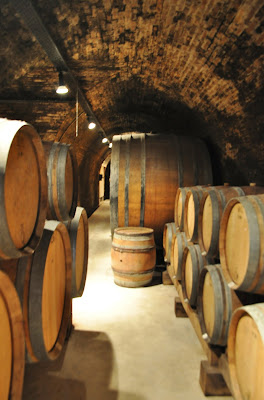 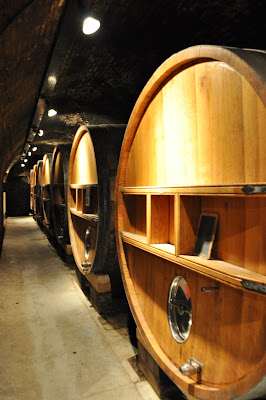 As is typical for wineries in the eastern part of the Châteauneuf-du-Pape Appellation, the soils that surround the Le Clos du Caillou winery are sandy. As of 2010, the vineyards and production of wine at Le Clos du Caillou is certified as Organic.

They are now in the process of getting the vineyards certified as Biodynamic, a method of organic farming that emphasizes the holistic development and interrelationships of the soil, plants and animals as a self-sustaining system. 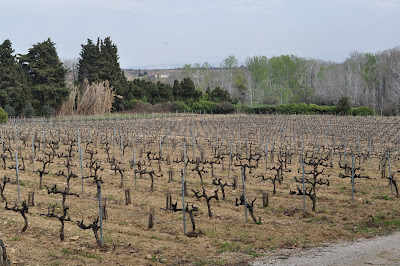 If you are near Châteauneuf-du-Pape, don't hesitate to go visit and taste at this winery; I guarantee you won't be disappointed. And if you happen to come and dine at Bistro Des Copains or you are at another restaurant that has Le Clos du Caillou on the wine list, order it; you will be happy you did.

After thinking so much about great wine as I wrote this post, I think I need to go and pour myself a glass of red wine. Bonne journée mes amis et à bientôt. Have a great week.
Posted by Michel at 5:02 PM